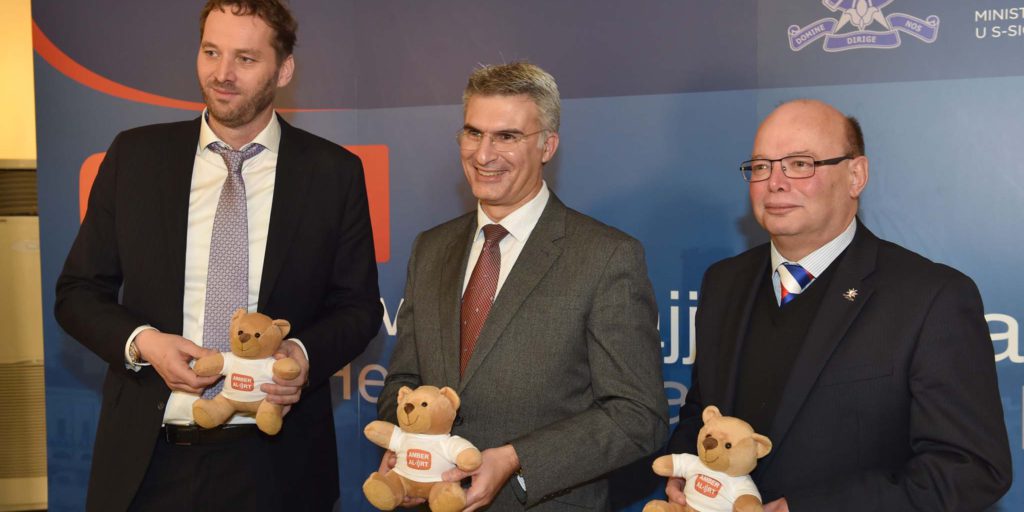 PRESS RELEASE ISSUED BY THE MINISTRY FOR HOME AFFAIRS AND NATIONAL SECURITY – Malta has officially launched a nationwide alert system for endangered, missing children and child abductions. The AMBER Alert system enables the Police to quickly inform the public when they fear that the life of an abducted or missing child is in imminent danger. This is done using an array of available media such as television, radio, variable-message road signs, public transport, text messages, email, website-banners, advertising screens, and social media. The public will thus be in a better position to assist the Police so that a missing child facing impending and serious peril is found as quickly as possible.

The Malta Police has teamed up with international not-for-profit organisation AMBER Alert Europe to set up the system and to have it networked with that of other EU Member States in an effort to improve cross-border police cooperation and public awareness to save the lives of missing children. Malta has become the fourth country to make use of the AMBER Alert system provided by AMBER Alert Europe, after the Netherlands, Slovakia and Luxembourg.

“The issue of abducted or missing children has over the years been given utmost priority by our Police, and the setting up of the AMBER Alert System is yet another affirmation of the Police Force’s commitment in this field,” said Minister for Home Affairs and National Security, Carmelo Abela, during the official launch at the Police Headquarters in Floriana.
The Minister noted that Malta’s partnership with AMBER Alert Europe will not stop at issuing nationwide alerts but will also contribute towards the prevention of children going missing, and to help prepare parents and guardians on what to do when children do go missing.

He announced that the Malta Police have also joined AMBER Alert Europe’s Police Network on Missing Children, an informal network that brings together law enforcement experts in the field of missing children and child alerting, and provides them with specialist support, advice and training.

“Ensuring children’s well-being and protection from harm have always formed an intrinsic part of the Maltese people’s core values,” the Minister said. “The Maltese government is committed to taking initiatives aimed at promoting the welfare of children and safeguarding their best interests. This will also be reflected in our Presidency of the Council of the EU, during which we will be working hard to see further developments on a European level on the issue of missing children.”

The Maltese Presidency will build on the work started by the Dutch Presidency and continued by the Slovaks in the area by pushing forward and developing further the concept of preventive alerts in the Schengen Matters and Civil Law Matters Working Groups. Moreover, Malta will also work closely with the other Member States to bring the competent national authorities closer together in this area.

Initially, there are 14 partners who are already technically prepared to relay an AMBER Alert should the need arise: APS Bank, Gozo Channel, Illum, Media.Link Communications, Melita Plc, Newsbook, One, Public Broadcasting Services, Radju Marija, The Malta Independent, Times of Malta, Vodafone Malta, and Transport Malta. Other stakeholders are in the process of becoming full partners.

Amber Alert Malta’s website, amberalert.com.mt, was also launched and is available in both English and Maltese. 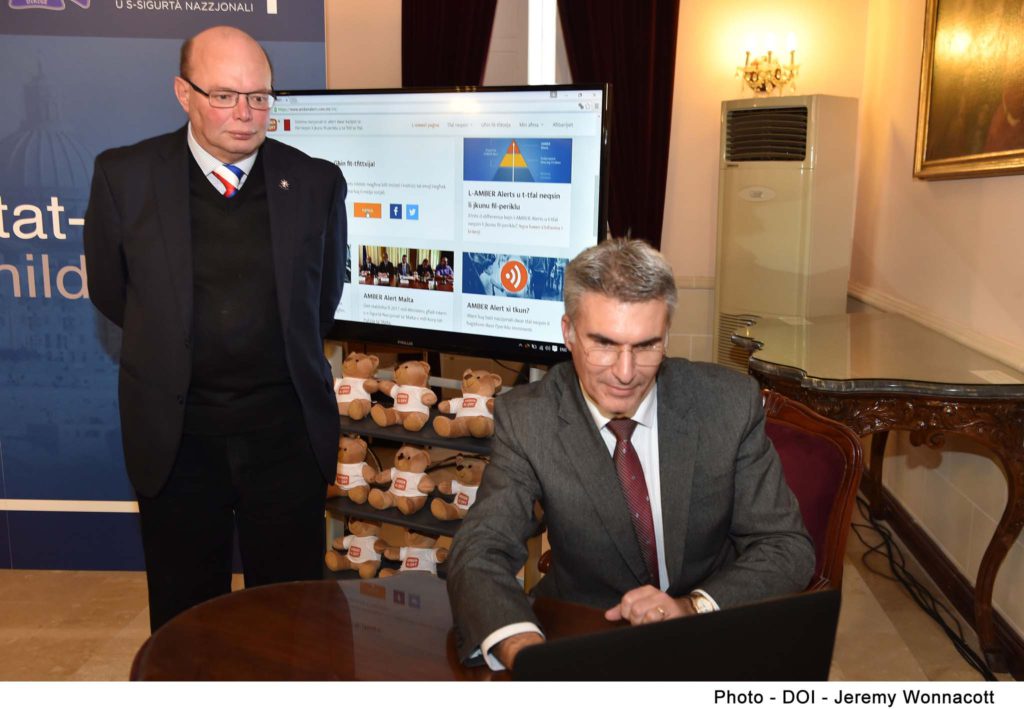 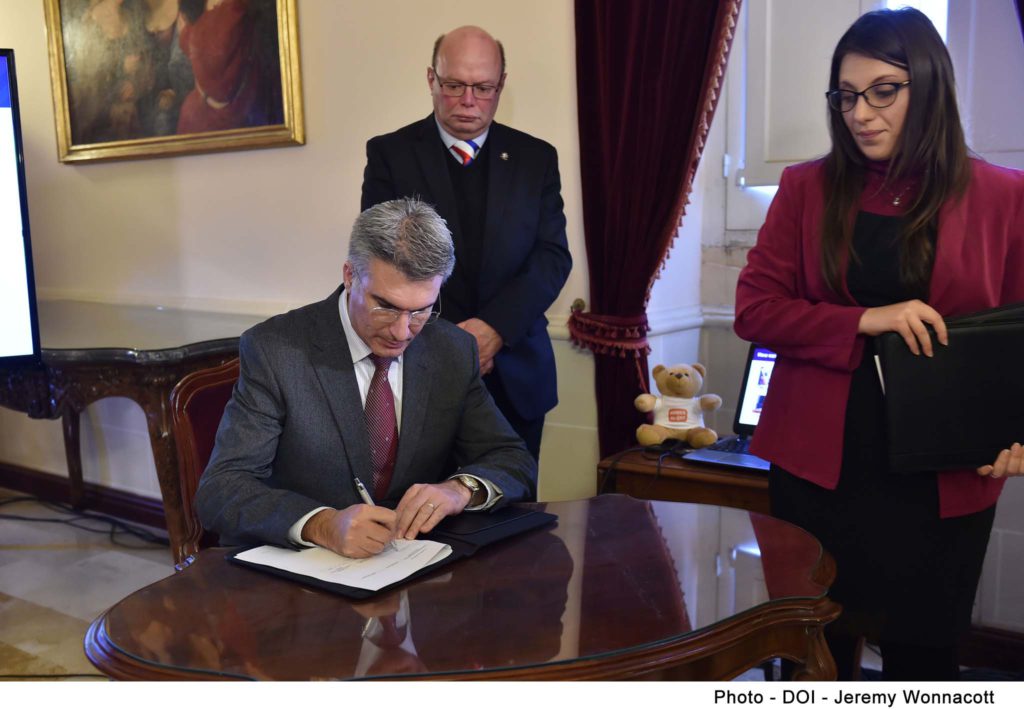 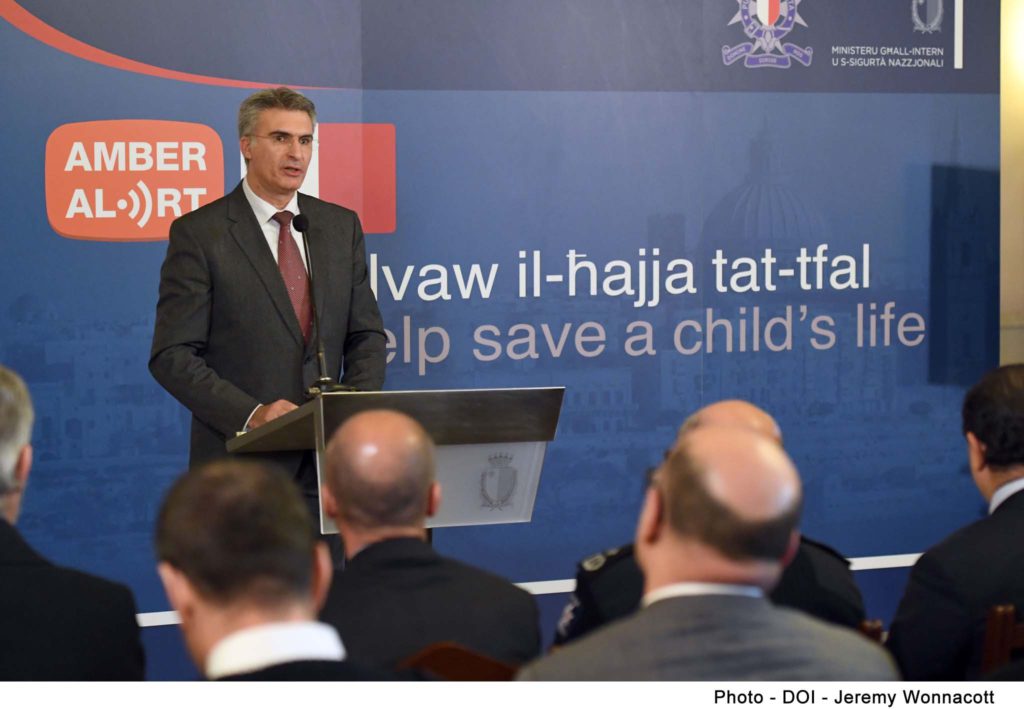 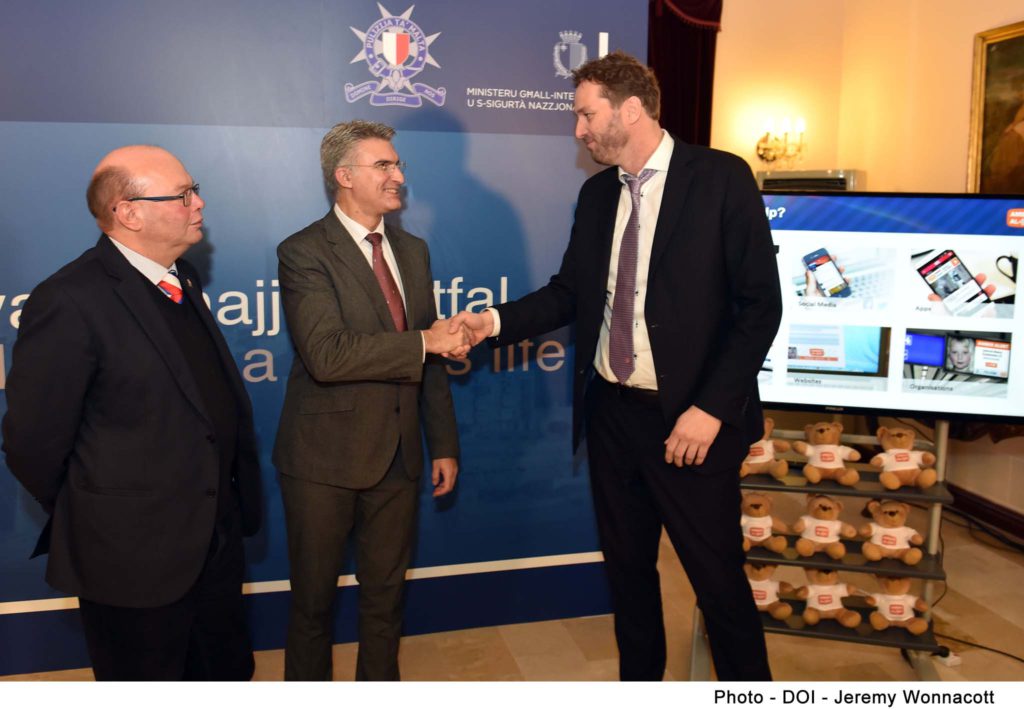 “The public can be the eyes and ears for children reported missing and in danger,…

On Tuesday January 10th, the Ministry of Home Affairs and National Security and Police Force…